Boxelder Bugs (The party animals of the Beetle world)

The anticipated season is almost upon us for the leaves to change, children are back in school, and the Boxelder bugs (beetles) to hold a party on your home once again!

Boxelder bugs are very social little critters and tend to hang out in the masses at times all over one area on your house, sun bathing themselves like a large group of college students at a Las Vegas pool on spring break! They too, for the most part, are a nuisance because they enter homes and other buildings one at a time or in large numbers. And the damage that often happens when in large numbers, much like their spring break counter parts, can be a huge nuisance as well. Such as falling from upper areas around doorways, landing on un-suspecting people’s heads, staining walls, and going potty on curtains and other surfaces. Nice!!

Some homes are more attractive to Boxelders than others, while neighbors may have fewer numbers. This usually depends on the amount of sun exposure your home receives.  Boxelders like warm areas and find buildings with a large southern or western exposure most appealing. Colors of buildings don’t seem to be a factor as they can be found on all color homes. As the weather cools, Boxelders squeeze into cracks and crevices around your home. They often end up inside. They are often found along window sills. While you may see them for longer periods, individually they only survive for a few days to up to a week. Other boxelder bugs end up in sheltered walls, attics and similar areas where they can hangout until it warms up to their liking.

Although shaped much like their cockroach cousins (long, oval shape) they are snazzier dressers. They are black or dark brown in color with red or orange markings and three stripes on their prothorax (the area right behind there head). Their wings lay flat over their bodies, over lapping each other in an “x” fashion. They have 3 legs on each side and med.-long antennas.

Box elder bugs emerge from over wintering sites during spring as the weather starts to warm up. Adults feed on low vegetation and ground seeds during the spring and early summer and a couple weeks later, they look for a romantic prospect, and the rest is well, not for a family article. In mid July, they move to female seed-bearing box elder trees (thus the name) where they lay eggs on trunks, branches and leaves. Box elders bugs may also feed on maple or ash trees. Box elders love a good kegger. They have piercing-sucking mouth parts and feed mainly by sucking juices from the box elder tree.  In late summer months, box elder bugs leave the trees from where they were feeding to find a nice place to snuggle in for the winter.

Prevention is the key to success. And if that doesn’t work, bust out the shop vac until your exterminator gets there. Smashing the bugs is not recommended as they are quite odorous. There are steps you can take to keep them from entering your home from the start.

You may want to have your home treated by a professional exterminator around the exterior of your home and around window sills and doorways on the interior if you have a history of invasions and /or large numbers are present. Interstate Pest Management would be happy to help “shut down the boxelder party” or at least give you immediate relief of a home invasion. 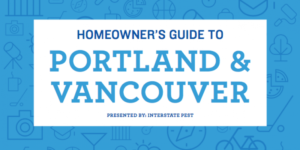 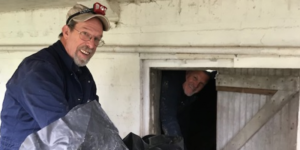