Although boxelder bugs are quite pungent, they aren’t the pests that we commonly refer to as stink bugs. Stink bugs actually belong to an entirely different group of insects. To learn more about these nuisance bugs including how to prevent them, here is some helpful information below.

What are Boxelder Bugs?

Boxelder bugs are small black insects with orange or red markings. They’re part of the Rhopalidae family of scentless plant bugs. Boxelder bugs typically emerge in spring and get their name from the fact that they’re often found around boxelder trees.

These insects can get inside through cracked screens and loose roof joints. Although boxelder bugs are mostly just a nuisance, they can leave behind repulsive odors when crushed and stains from their waste.

What are Stink Bugs?

Stink bugs are slightly longer than boxelder bugs and have wider triangular-shaped bodies. They come in a variety of brown shades with grey, blur, bronze, or black markings. As part of the Pentatomidae family, stink bugs are infamous for their pungent odors.

These pests can enter homes through your attic, siding, weep vents, and under doors. While they aren’t particularly harmful to humans, stink bugs can be detrimental to your houseplants.

How to Prevent Boxelder Bugs

The first line of defense against boxelder bugs is with prevention. Here are some helpful tips you can do to help prevent an infestation.

If you already have boxelder bugs in your home, don’t kill them. Instead, use a vacuum to remove them.

Bug Control in Portland OR

If any of the above insects have infiltrated your Portland area home, Interstate Pest Management is here for you. Our experts will inspect your home, develop a personalized plan to get rid of the pests, and offer ways to help prevent future pest problems. To schedule service, contact us today! 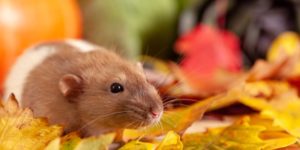 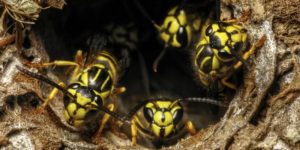 Are You Prepared for the Early Arrival of Yellowjackets?