Spiders: they’re creepy, crawly, dangerous…and possibly helpful? Washington and Oregon are home to over 500 species of spider, and while you’ll only see about a dozen or so of those species in or near human structures, that diversity (and scary appearance) can make you wonder: “Do I need to be worried about these spiders, or are they harmless?” Determining if the spider in your home is a friend or foe can be hard to do on your own – which is why we pooled our expertise and did a little research to answer that question.

First, let’s cover some of the basics of spiders.

No – spiders are arachnids. What’s the difference? It’s relatively simple: it just comes down to how their bodies are constructed. According to the Burke Museum, arachnids have 2 body parts, 8 simple eyes, no antennae, no wings, 4 pairs of legs, and an unsegmented abdomen. Insects, on the other hand, have 3 body parts, 2 compound eyes, 2 antennae, 4 wings (or 2 or none), 3 pairs of legs, and a segmented abdomen.

Spiders live around 2 years in the wild, although they are capable of living for up to 20 years in captivity.

Do We Actually Swallow Spiders in Our Sleep?

While spiders aren’t wholly undangerous, this fear is totally unfounded. Spiders can pose plenty of threats, but crawling into your mouth while you sleep is not one of them.

Spiders, for the most part, eat insects – think mosquitoes, ants, roaches, and so on. Some spiders are even fast enough to prey on quicker insects like beetles, grasshoppers, and crickets. This diet can actually make spiders an asset in the home – they can act as a sort of natural pest control against much more harmful and annoying insects.

Although spider reproduction varies from species to species, generally female spiders can lay around 250 eggs per “litter”, and over their lifespan that can add up to as many 4,000 eggs – which means 4,000 potential spider babies. A spider or two might be nothing to worry about, but spiders in the thousands can quickly get out of hand!

The Spiders Of Washington and Oregon

With some of the very most basic questions out of the way, let’s run through some of the most common spiders found in Washington and Oregon State – and determine how dangerous they really are.

Size: 2-4 inch legspan
Color: Brown, beige, or dark orange
Where You’ll Find Them: Close to the floor or on walls or ceilings, in cabinets, tubs, showers, and the dark corners of basements.
How Dangerous are They?: Giant House Spiders- despite their resemblance to the more notorious hobo spider- are not especially dangerous. They are not aggressive, and the venom in their bites causes pain equivalent to a bee sting in everyone except those with an allergic reaction (which is rare). Their large size might give you a scare, but they are essentially harmless.

Size: ¼-½” long body, 1-2 inch long legs
Color: Brown thorax with gray and yellow abdomens
Identification: Telling a hobo spider apart from a number of other spiders is practically impossible with the naked eye because they look so similar to other spiders – in fact they are hard to distinguish from our Giant House Spider friends we talked about earlier. Because of their reputation, this can be problematic, right?
Hobo Spiders are Dangerous, Right?: Actually, despite a reputation as being a dangerous spiders, hobo spiders are no more dangerous than any other average house spiders – and they are no more aggressive either. Hobo spiders can be intimidating to look at, but they pose no true danger. 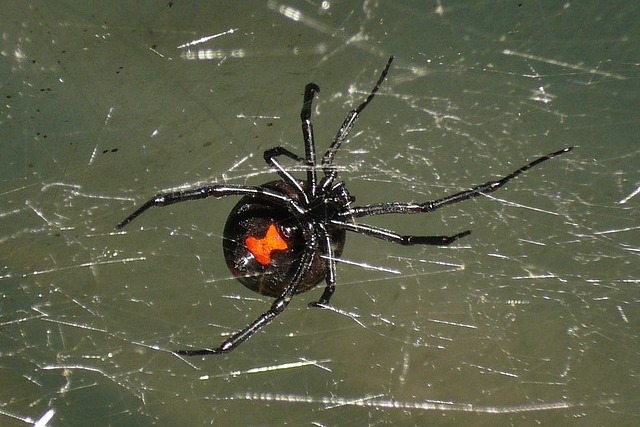 Size: ½” long body, ½” long legs (1-1½” total)
Color: Shiny jet black with red hourglass marking on the abdomen
Where Black Widow Spiders Live: In eaves, boxes, rodent holes, basements, barns, inside unused blankets and shoes, and patio and deck crevices.
Can Black Widows Kill You?: Black widows have a very bad reputation, and for good reason: Black Widow spider bites can cause serious swelling, pain, muscle contractions, heart racing, difficulty breathing, nausea, sweat and chills. But can it kill you? Technically it is possible, but death from a black widow bite is extremely rare – although the effects of black widow venom can be very uncomfortable.
Behavior: Although their bites can be unpleasant, black widows are no more aggressive than most other spiders. Bites usually only happen because of pure bad luck, like sticking your hand into an area with a black widow hiding in it.

Size: 6-10.5 millimeters
Color: Brownish-orange abdomens with cream-colored markings
The Difference Between False Black Widows and Black Widows: False black widows look a whole lot like black widows, but they have a few defining characteristics that separate them. One example of this is the colors and markings – false black widows are more brownish-red compared to the jet-black color and red markings of their more deadly cousins. The most important difference between these two, though, is the potency of their venom: a bite from a false black widow doesn’t pack nearly the same punch as that of a black widow, and while some pain and swelling are possible, it will last at most 1-2 days. 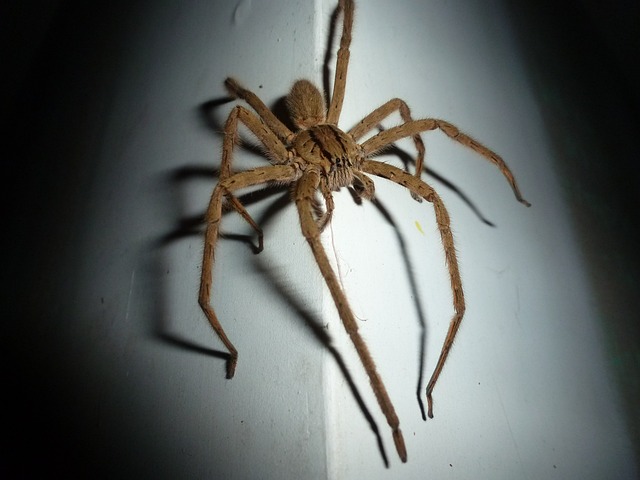 Size: ¼-1” long
Color: Gray, brown, black, or tan with brown or black stripes
Are Wolf Spiders Poisonous?: In short: no. Wolf spiders are venomous – but that is the case with essentially every spider, and spider venom is rarely poisonous to humans. Wolf spiders are big and scary looking, but in reality, they are shy, non-aggressive, and ultimately do not have poisonous bites.

So are spiders friend, or are they foe? We have talked about how spiders can act as nature’s pest control, and detailed how they are almost never aggressive. We have also talked about how certain spiders- specifically black widow spiders- can poison a person with their venomous bite.

Because spiders rarely bite, the risks they pose are minimal – but they aren’t nothing. If you have children or pets in the home, they could easily stick their hand (or snout) into a hiding spider’s lair, at which point the spider will likely bite to defend itself from a perceived threat. While this won’t cause serious damage in the long term, the risk of a crying child or a whimpering puppy can be enough to want spiders out of your home. There is also, of course, the risk of the black widow: one bite from a black widow can have some nasty side effects. If you see a black widow in or around your home, it’s something you definitely want to take care of ASAP.

Weighing all of these risks, you might decide that in the end, you don’t mind having some spiders in your home to take out some of those stray flies – but not so fast. Your spider problem is an almost certain indicator that you have a bigger pest problem in your home. After all, spiders are posting up in your home in part because it has available food (as well as in search of mates and warmth), so while the spider presence in your home might be a non-issue in your eyes, it can be an early warning sign that you have a bigger insect problem on your hands

Spider Solutions and Beyond

Whether you are trying to get spiders out of your home or want to protect your home from the other pests that a spider presence is setting off alarm bells for, Interstate Pest Management can help. Here’s a little bit on how it works: We apply preventative barrier treatments, which aid in reducing the volume of spiders that make it into the home. Additionally, we set up traps around common entryways to monitor and control the spiders that do make it into the home this time of year.

With residential pest control, Interstate will remove pests and implement preventative measures to make sure your pest problem is gone and stays gone. Just call us at (360) 382-2451 or reach out to us online and book your first appointment today!