When to Call a Hornet and Wasp Exterminator 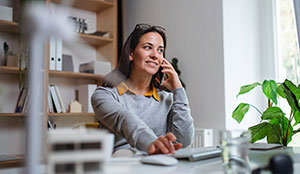 While DIY methods may be cheap, you don’t want to risk it with hornets and wasps. These pests are extremely aggressive and they will attack any person or animal that gets too close to their nest. So if you feel like these stinging insects are a threat to your family or business, contact a professional hornet and wasp exterminator today, like Interstate Pest Management.

Paper wasps are perhaps the most common wasps around structures. They are also known as “umbrella wasps” because their nests look like umbrellas hanging upside-down from eaves and overhangs. There are many species, but the typical paper wasp is up to 3⁄4-inch long, reddish brown in color with a long, cylindrical abdomen.

A paper wasp nest is a single comb of hexagonal cells made of a papery material the wasps form by chewing wood and mixing it with saliva. Larger nests can harbor up to 75 paper wasps including larvae and pupae developing within the cells.

To feed the larvae, paper wasps capture insects, especially caterpillars. Late in the year, colonies of paper wasps, yellowjackets, and hornets produce new queens that abandon the nest (it will not be reused) and seek shelter for winter. Many find their way into structures and are later seen crawling sluggishly across the floor when temperatures rise in late winter or early spring.

The so-called bald-faced hornet (Dolichovespula maculata), is about 3⁄4-inch long. It’s black and white with a white face. It’s actually a larger yellow jacket species. Its nest is the familiar basketball-size papery oval hanging from tree limbs and sometimes structures. Colonies are relatively small, containing up to 700 wasps.

An even larger wasp is the European hornet (Vespa crabro). This is a true hornet, more than an inch long and reddish-brown in color with dull orange stripes. Nests occur in trees and in attics and wall voids of structures near forested areas.

Taking care of hornets and wasps requires experience. These pests will repeatedly sting if provoked. In fact, more than half a million people seek emergency care each year as a result of wasp and hornet stings and about 100 people die each year due to stings. So if you have a hornet or wasp problem, contact us immediately. Not many pest control companies handle nest removals, but we do. We’re capable of removing any nest no matter the location. Because stinging insects are known to infest the same location each year, we also offer our customers preventive services.